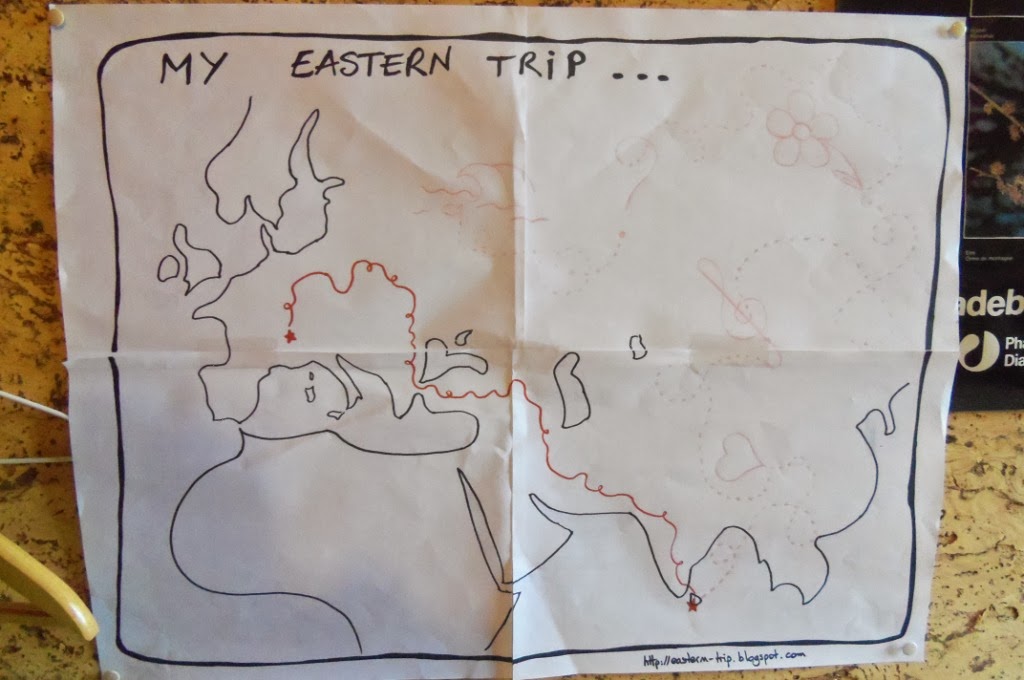 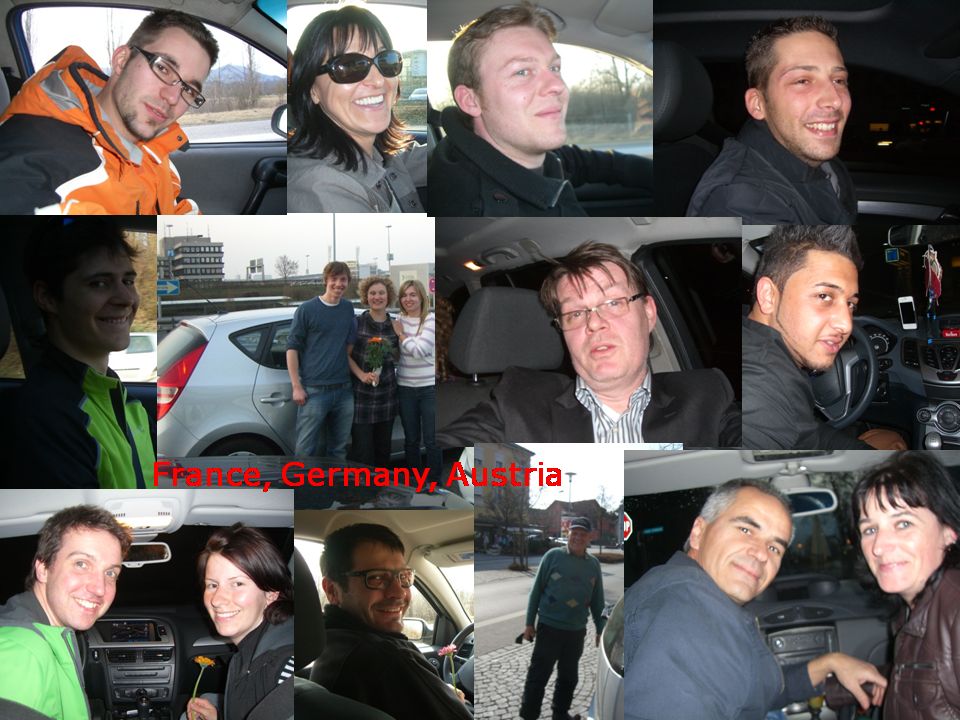 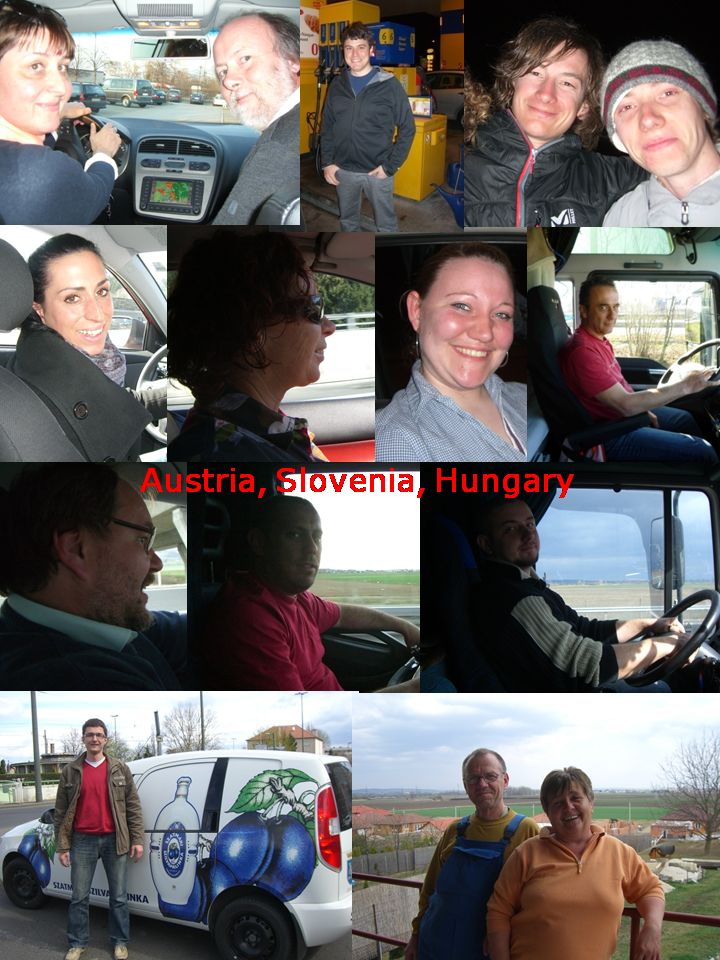 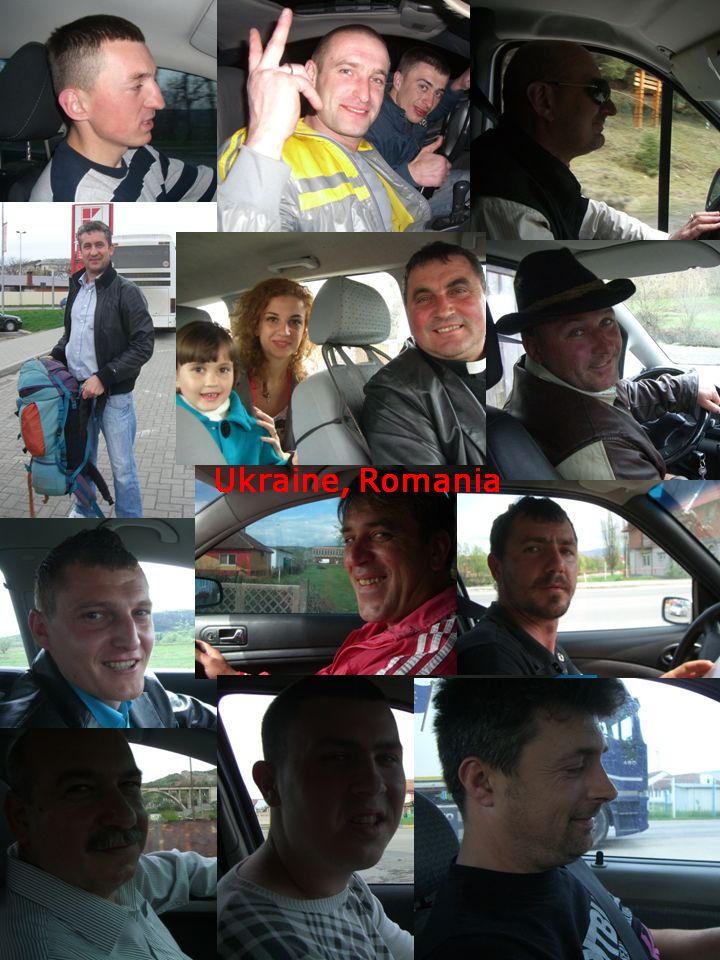 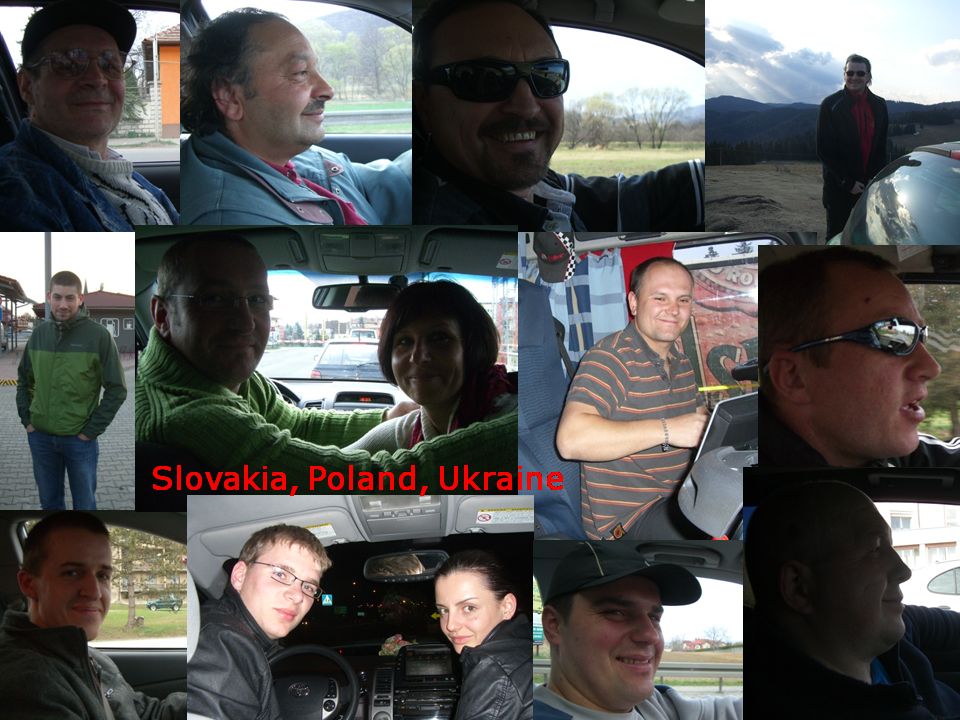 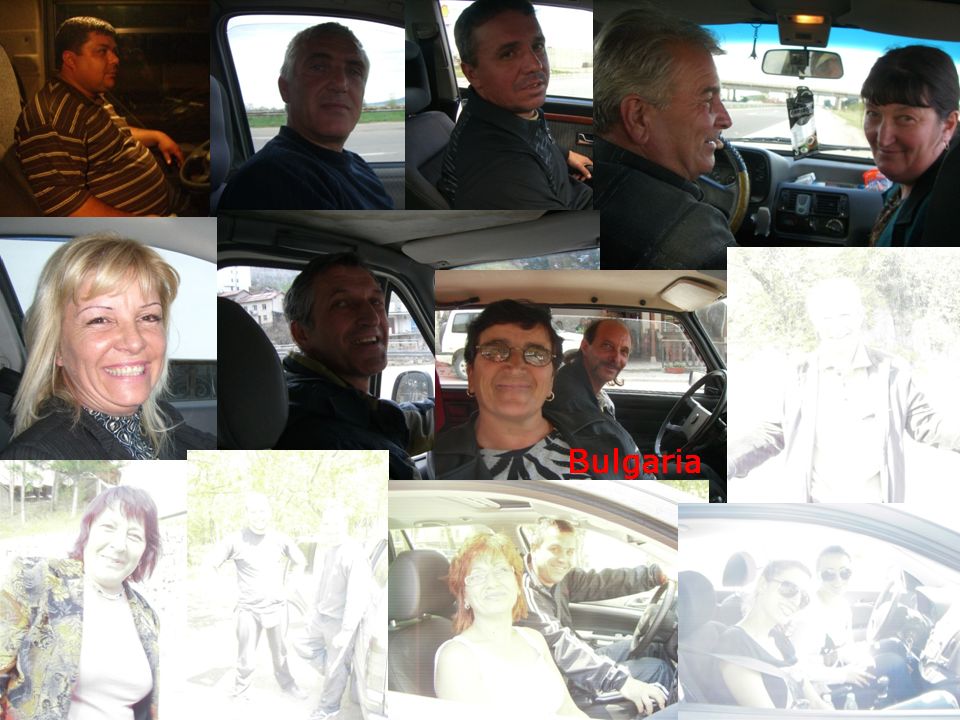 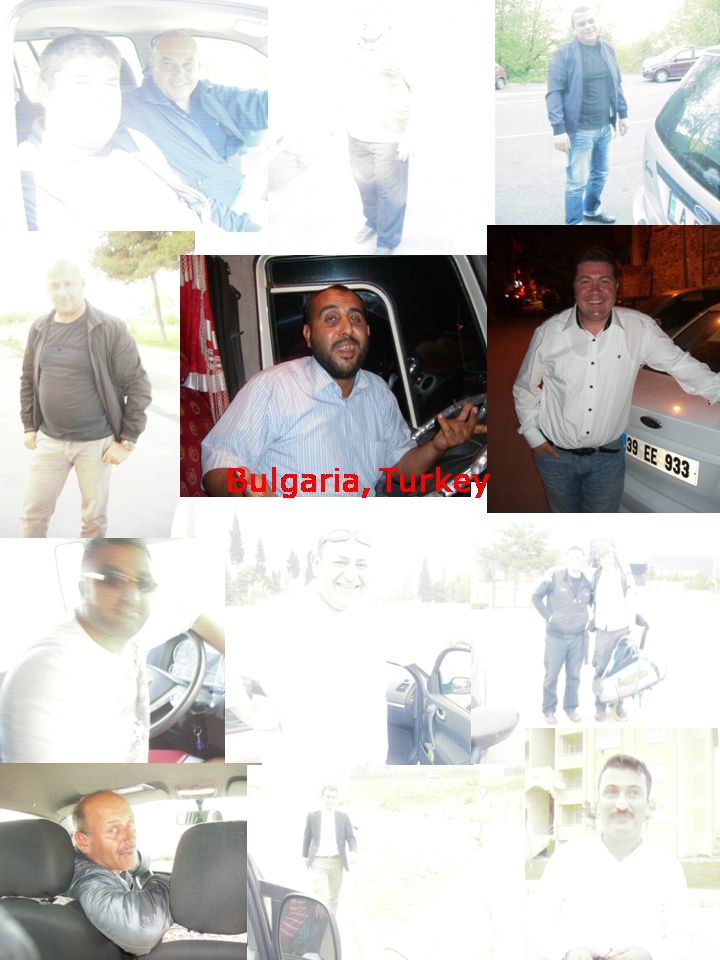 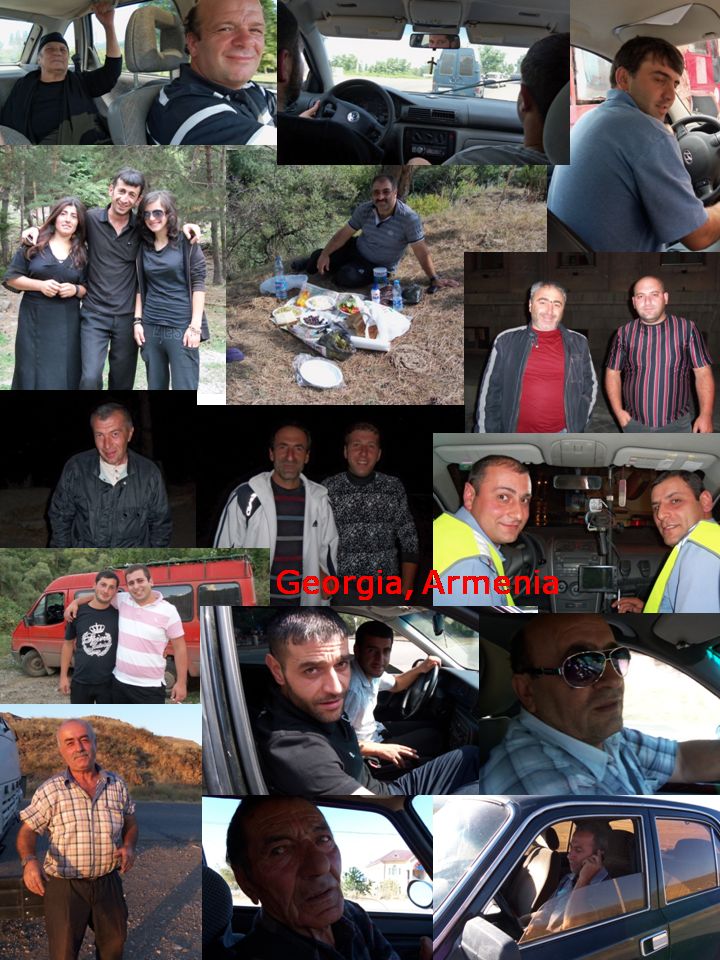 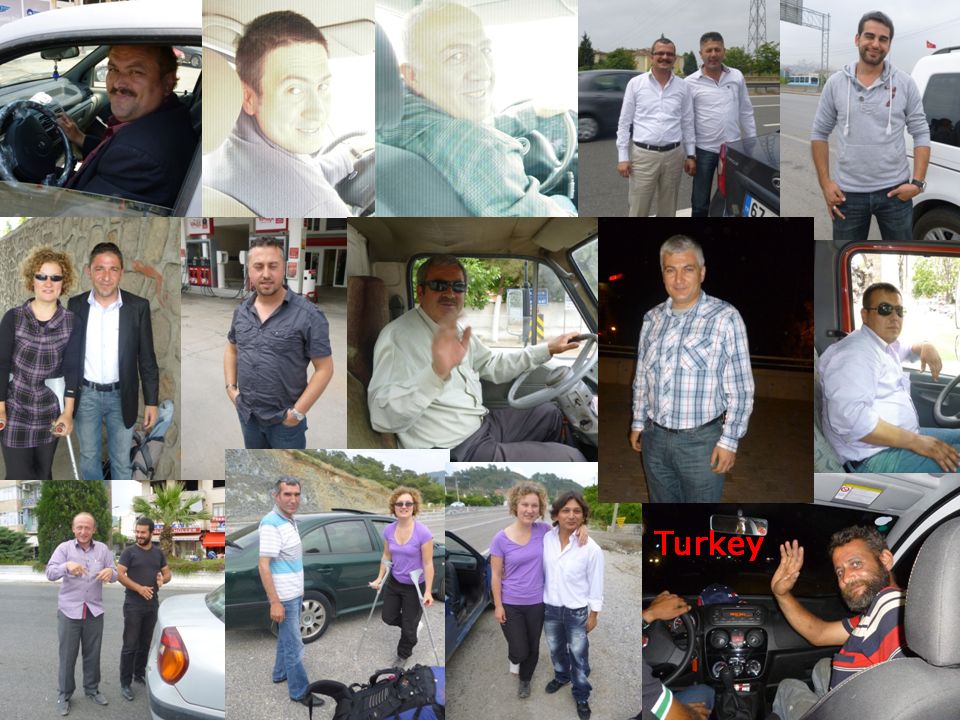 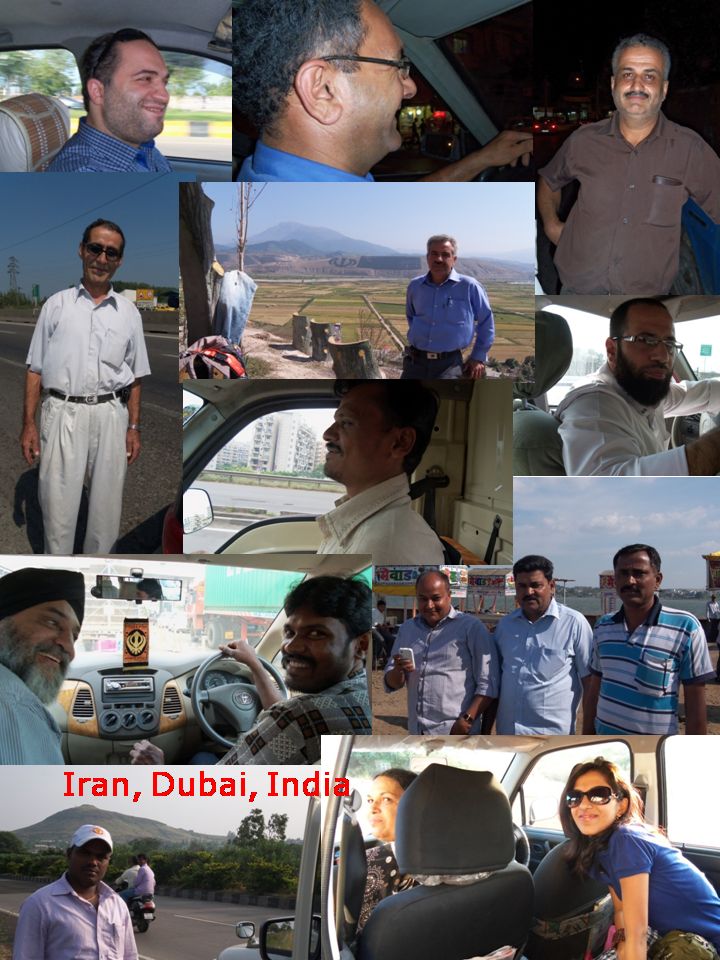 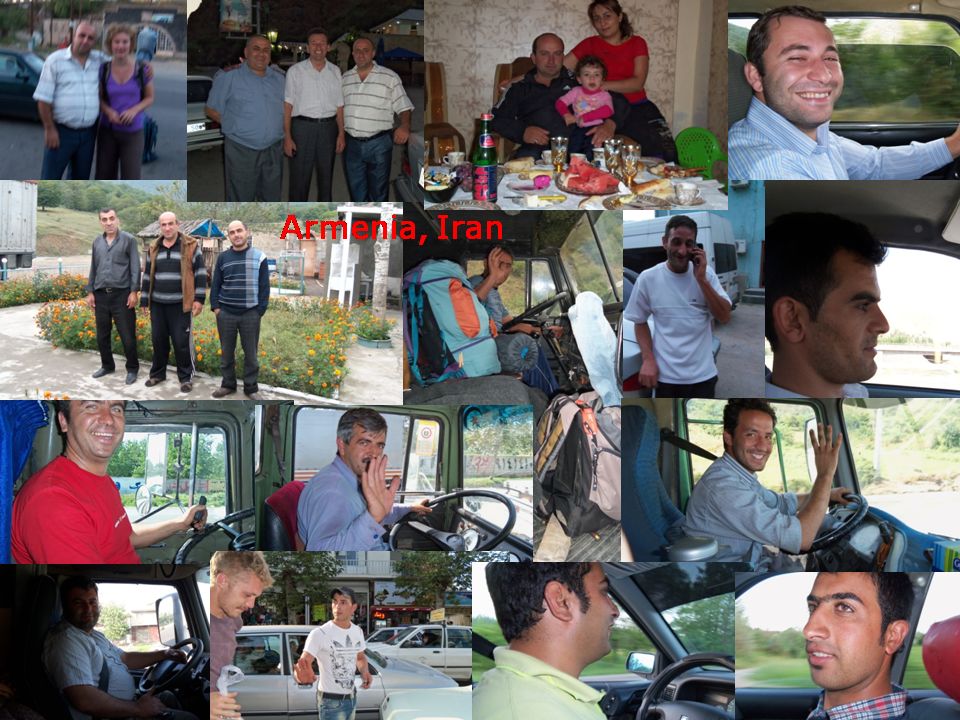 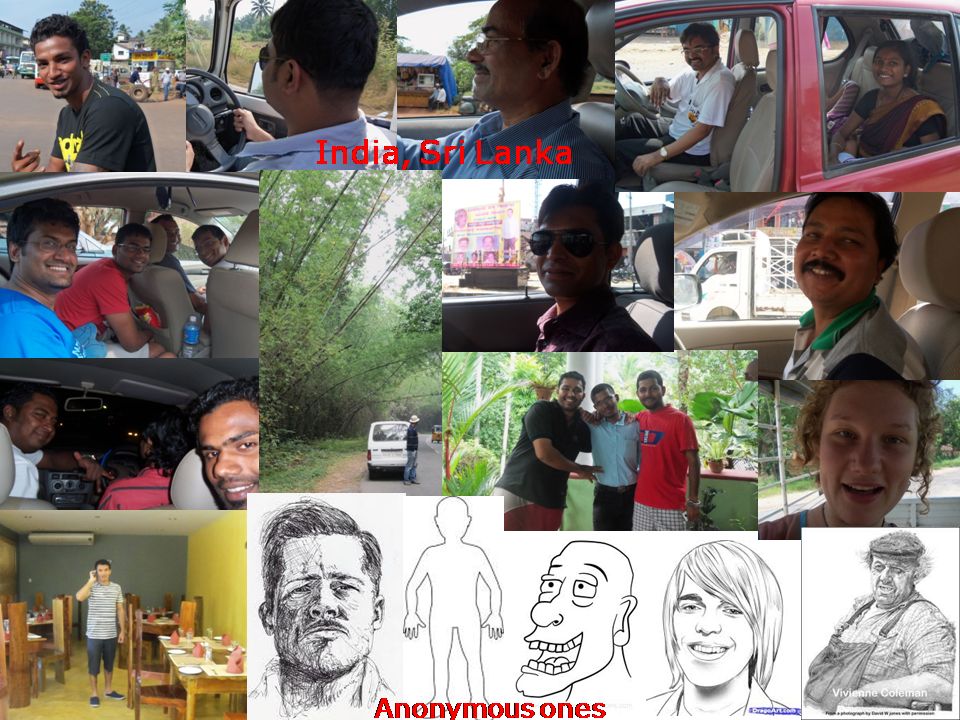 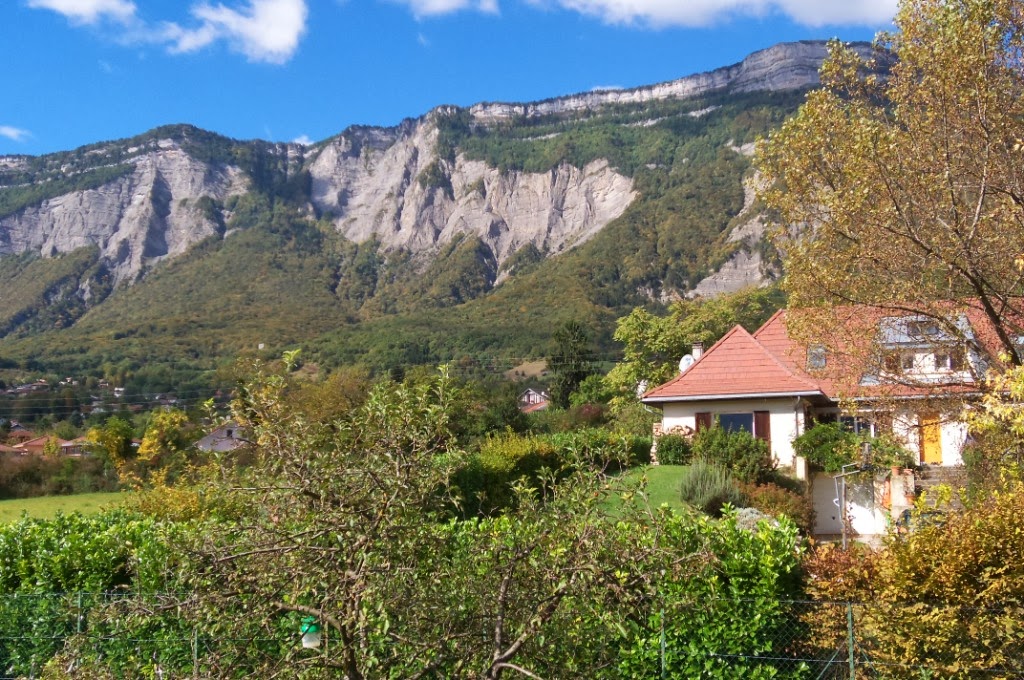 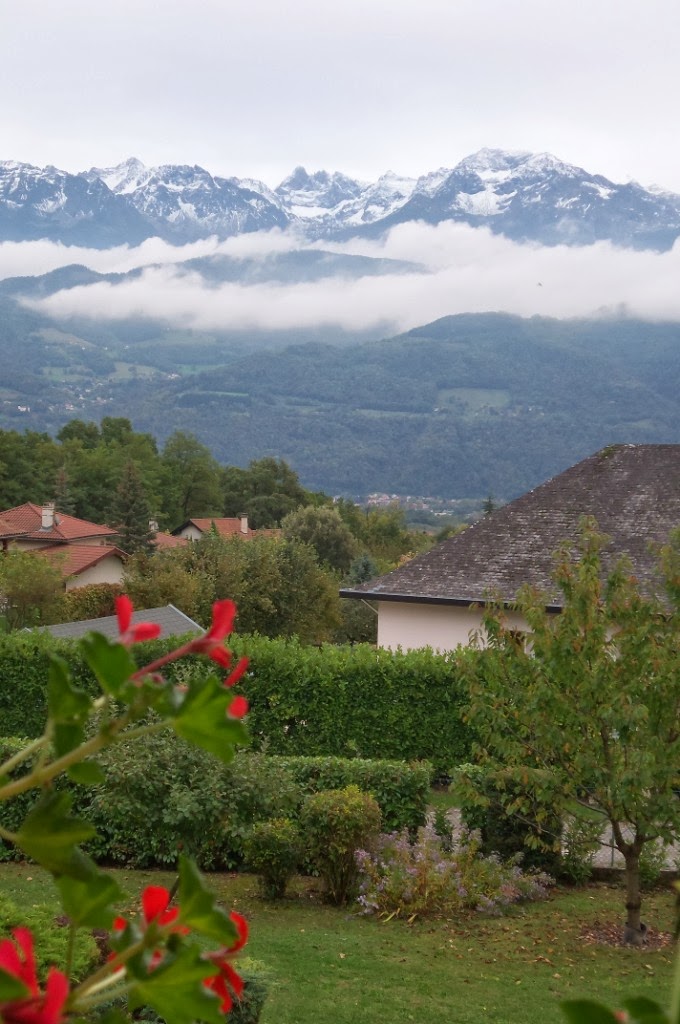 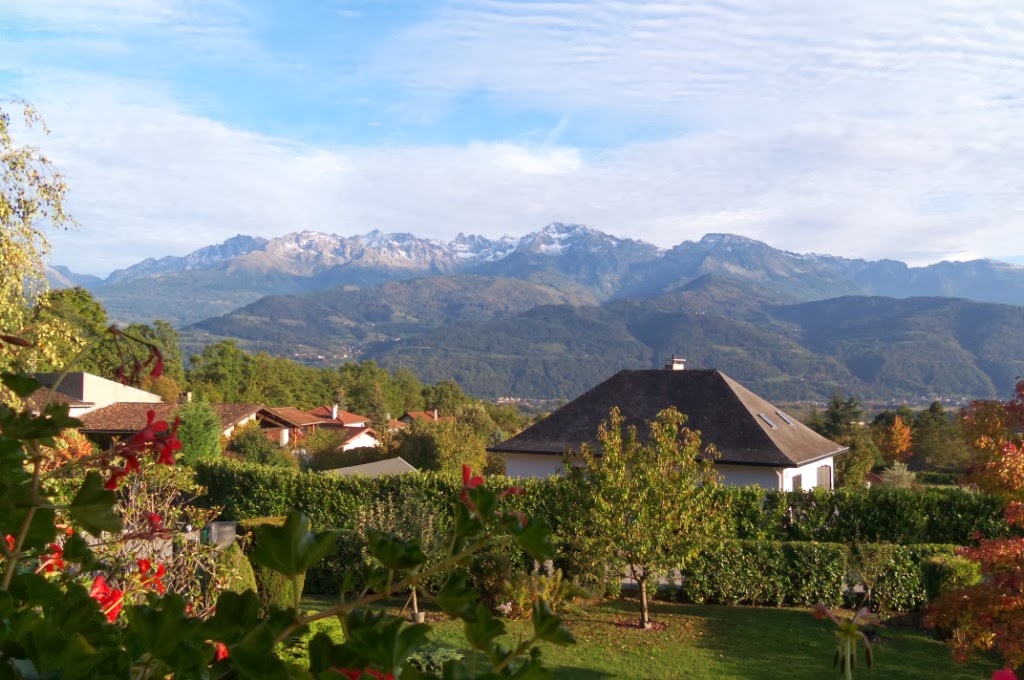 I am back, I am in France, as planned. I'm tired, this country is cold, I'm not used to it anymore. :-/ Tiring are also all the discussions I hear everywhere. I understand everything although I don't want to listen to. I have to switch my brain off. Not easy after 18 months...
I'm "couchsurfing" at my parents' place. Hihi! ;-) Should I thank them for that, or for all the rest?? I am a lucky one to have them. And I was lucky for all they've been giving me throughout these years. Love and affection might be the most important, I guess. They are present, ready to help, happy to live, even younger now they are retired ;-)
Hommage à mes parents :-)

I don't exactly know how to conclude my blog. Do I need to? Life is a non stop process. France will be my future, my close future at least. Around Grenoble.
I want to thank you. All the people who have followed my blog, who've accompanied me for a virtual piece of travel, through my written lines and photos. The new technologies show me how many people check my blog and from which country they are. Surprisingly, some countries appear although I have no idea who, in these countries, could be interested in my blog. Many people I don't know read my blog, by accident, by fancy. Many people I do know read my blog, even though I could not precisely tell who and when. From my believes, I know that all your positive thoughts always reached me, at each and every moment, no matter how far you were from me. There is no clear distinction between Me, You, the Computer, the Plant, the Window... All these are one. The world is Oneness. Every thought, every action, every sensation is shared by all the rest. The only difference is in the experience intensity we perceive, according to the involvement we embrace, the closeness we choose. I was happy to share these wonderful times with you.

May you be well and happy all the time
:-)
Rozenn 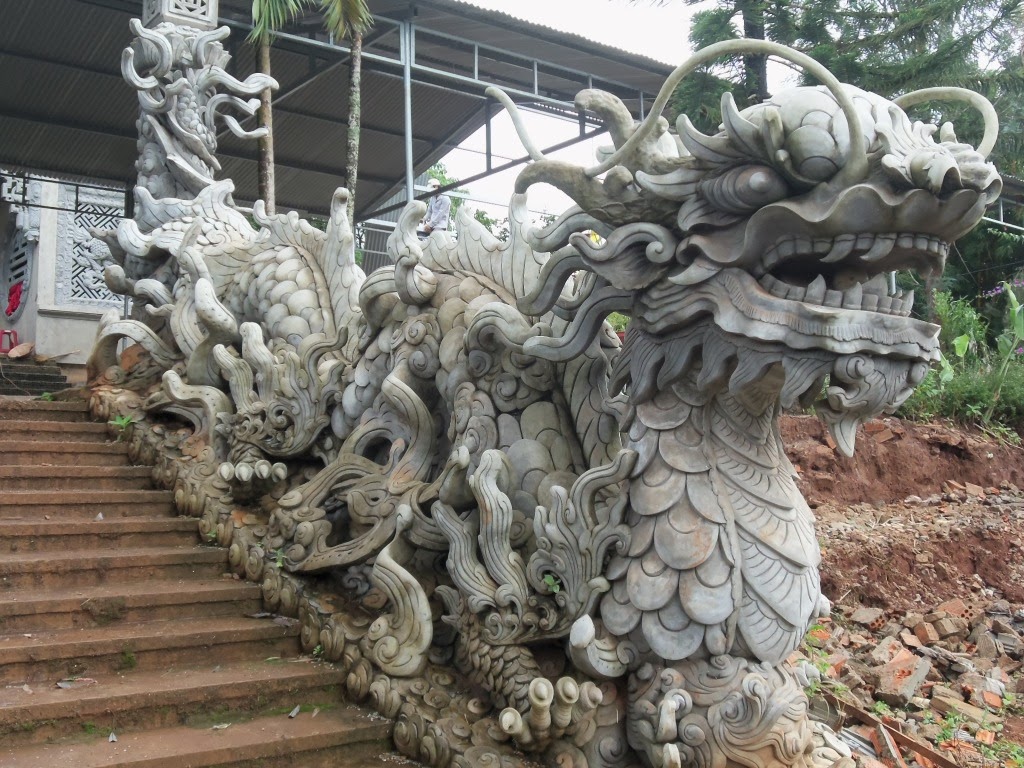 Indeed, the country is controlled: people don't talk about politics, citizens and foreigners activities are closely tracked, in streets police officers are undercover, some internet websites are blocked (the BBC for instance). It's not as bad as Iran, however. What makes me write this paragraph could be that the leading power limits the Buddhism practice, as well. Charismatic monks had to escape the country. I heard of Vietnamese communities in France (Le Village des Pruniers = Plum village = Mai Lang, Zen Buddhism). A Wise and properly Informed Person (in Vietnam, one speaking English and French is obviously over 60 :-) told me that culture, meditation practices and education were much more developed in the past. Me: "What past?" Wis&Inf Person: "before 1954".
International news again. India has just introduced a new law: "Large businesses have been asked to spend 2% of their profits each year on Corporate Social Responsibility". Indeed, India's government hopes that this charity could help the country to provide reliable basic services to Indians.

India, Vietnam, Asia are over for me now, I'm leaving in a few days, toward Europe.

Finally, 2 dollars for a helmet was the condition to hitchhike in Vietnam ;-) Police is everywhere, people scared. The Chinese Iron Grip considerably influences Vietnam! 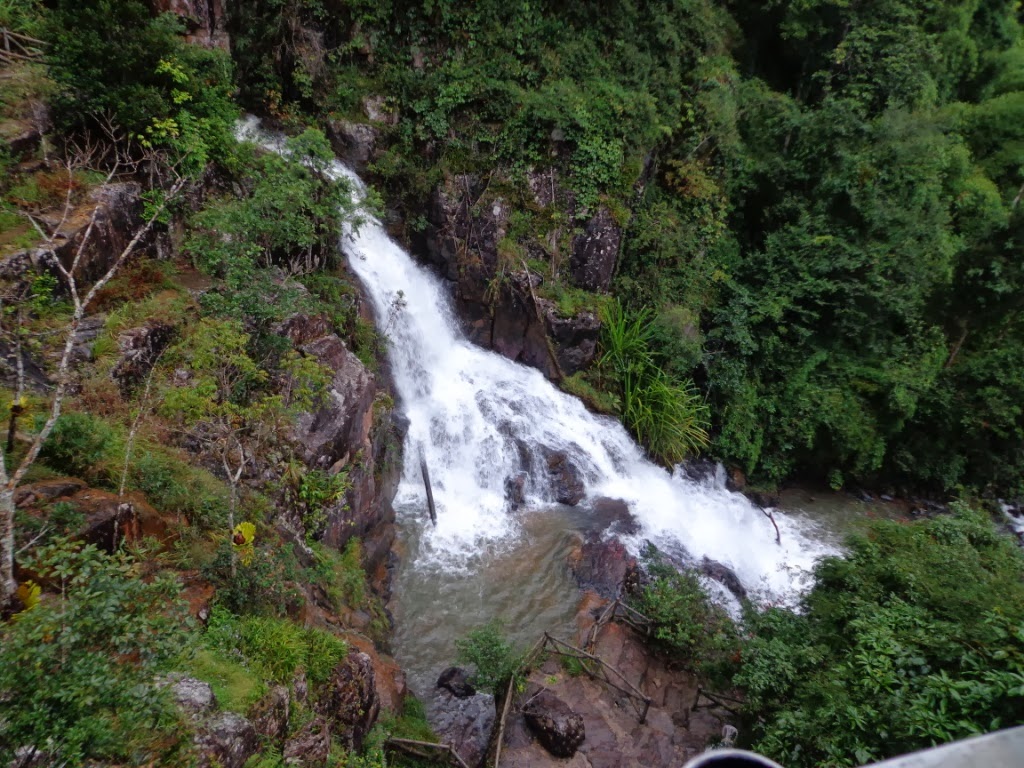 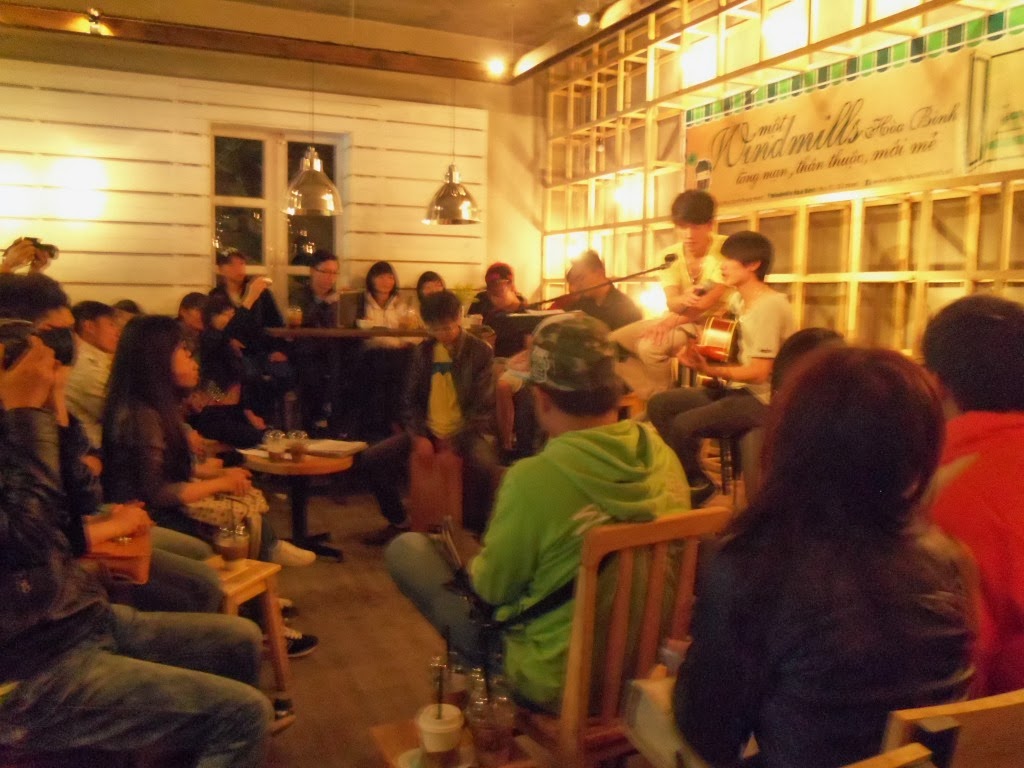 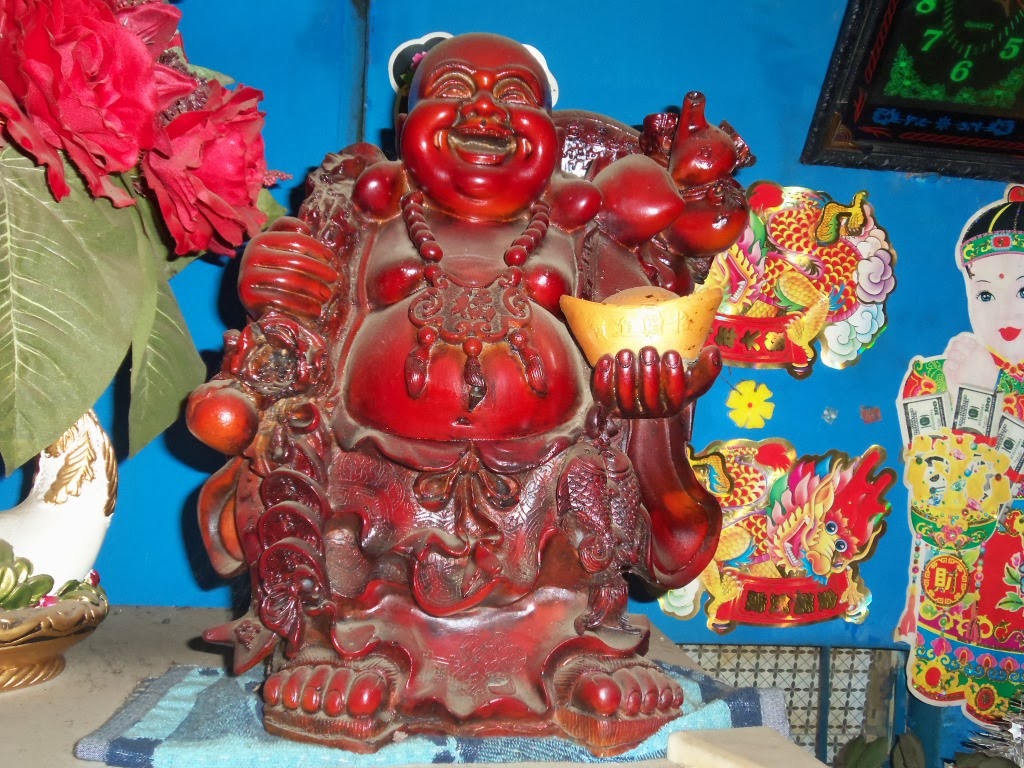 That's ex-ac-tly what I needed :-)
Thanks to its weather, Da Lat is indeed, the garden of southern Vietnam: vegetables, fruits, a lot of flowers too. You can see greenhouses everywhere, some tourists saying "it's not that pretty, though". I don't mind, in my plate, the vegetables are full of vitamins, that's my point, hehehe!
Nothing to do, not a lot of people to talk to, nobody harassing me in the streets! Just me and my small laptop, a few pillows, my old worn-out hiking shoes, books (even if I struggle to find English books in this city :-/ ). I am an ascetic these days, and that makes me happy :-) The more I study, the more I realise that what I practice is Yoga. Name is not important... but still.

Writing a blog is completely addictive. Crazy, man! Probably because it is utterly egocentric Hehehe! Remind me to stop writing when I got back home, guys! Roz, you can see your friends now. You can talk to them on the phone or write emails otherwise! Easy! No need to send photos of your small bikini every week, hihihi!